Enrich-ual your life: Mindfulness of the brew

Experience the benefits of mindfulness with your daily coffee brewing. 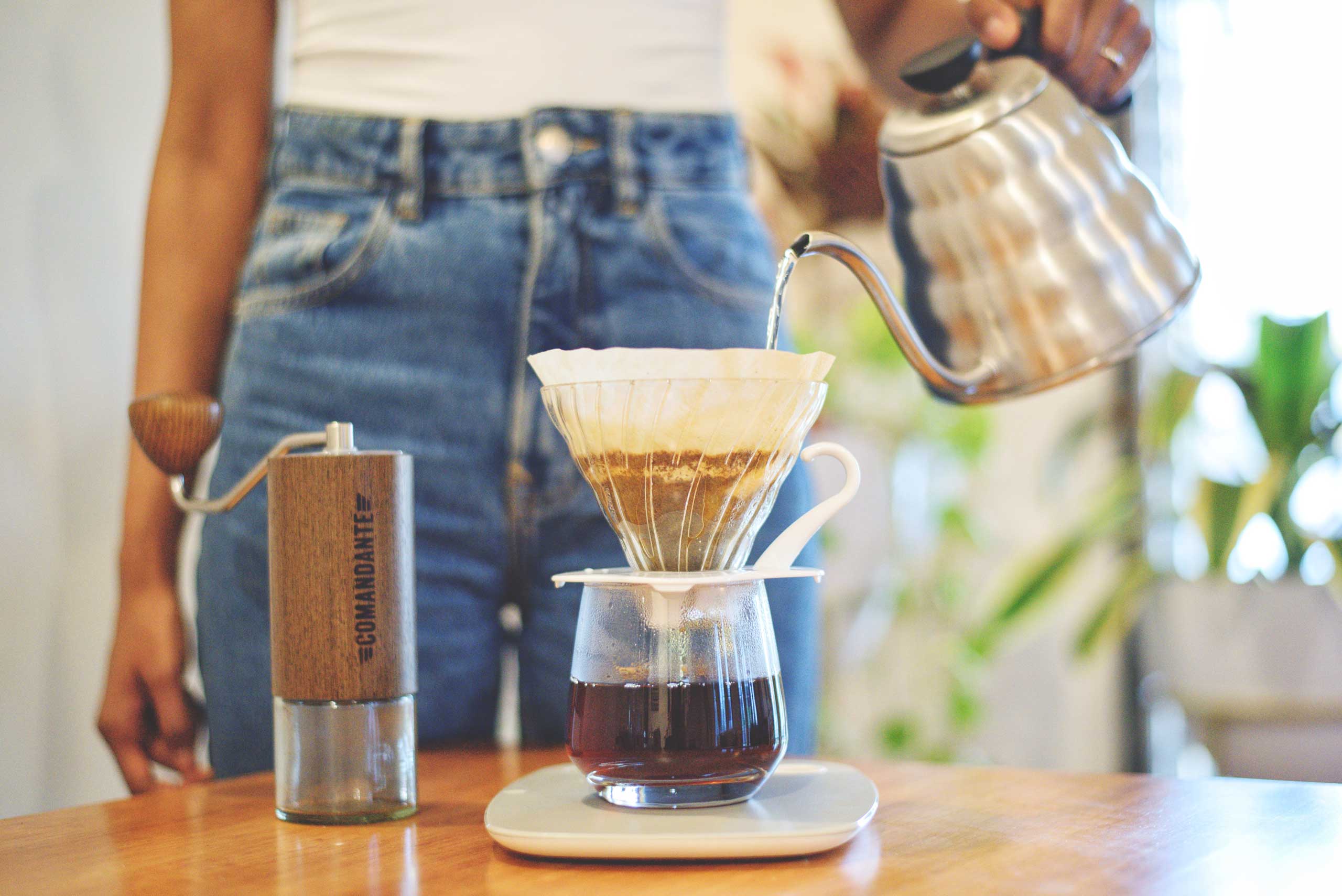 Mindful brewing with the V60

B eing over-stimulated and having fast-paced lives is the zeitgeist of our generation. My previous blog posts highlight my struggle with this type of anxiety in detail. I regularly spend my time fending off a gazillion stimuli by being hyper-aware of my technology use (going on all sorts of tech detoxes and self-imposed app banning). I find great solace in reading about millennial burnout, being overworked and always “exhausted” — at least I am not alone.

Rafael Nadal’s outwardly hilarious wedgie picking pre-serve, may be more than just a quirk or tic. Even simple rituals help reduce anxiety, increase confidence and induce a sense of being back in control.

That seems to be the crux of our generation and maybe even the current state of our world — hyper-connected but constantly needing assurance that we are not alone. Loneliness is omnipresent, so much so it’s been termed an epidemic. Put simply, we seem to be in more desperate need of real human connection than ever before. Anxiety and stress are no longer specialised states; we navigate the world we live in managing them alongside. So what does all this have to do with 1) mindful rituals and more importantly, 2) coffee?

What qualifies as a ritual?

Rituals, traditionally associated more with religious acts, actually have a strong place in our lives to tackle a lot of our day-to-day stresses. Rafael Nadal’s outwardly hilarious wedgie picking pre-serve, may be more than just a quirk or tic. Even simple rituals help reduce anxiety, increase confidence and induce a sense of being back in control. That’s how we stumbled upon the wonderfully mindful ritual of coffee brewing.

Independently, both Raghunath and I had toyed with trying to brew coffee with a South Indian filter for reasons that were part nostalgia and part flavour / type of brew. Asking my mom and grandmom yielded a variety of instructions ranging from “add a teaspoon (or two) of powder… just see how much you need” to “pour boiling water until you’re 3/4ths the way to the top”.

Suffice to say, none of these worked. At best, I had a half-decent cup of coffee after a stressful process and at worst, it made me feel like I was way too stupid to consistently replicate a simple cup of coffee. So back to my moka pot I went. Raghunath, however, luckily stuck with the filter. So much of the South Indian filter we grew up loving was mired in vague instructions —  pinches of this and some of that — it was slowly becoming a dying art form. So after much experimentation, he eventually came up with a method that could be replicated.

From that moment on, we found that we had created a ritual out of something as simple as our daily cup of coffee completely unbeknownst to us. Simple, measurable, replicable steps yielding in a consistent brew; all the perfect ingredients for a calming ritual that’s meant to be good for you, ala Nadal wedgie picking. As an added bonus, we discovered that the South Indian filter was capable of a lot more than the traditional kaapi it is associated with.

What began as goofing around in the kitchen quickly became an integral part of our day. We expanded our repertoire of brewing methods, and slowly got hooked to the V60, making this our go-to each morning. The end result: a delicate cup of black coffee with the perfect balance of sweetness and acidity.

Meditating on process and precision

Though it may seem like an exaggeration, my experience after having done this everyday for months now is that there is a deep satisfaction from getting the timing right — something as simple as hitting 300g of water when the timer hits 1min 15 sec, and then again 500g at 1 min 45sec can feel joyous and uplifting (we use the James Hoffman V60 recipe with Indian specialty coffee). Mornings now begin with a very systematic process for that much-looked-forward-to cuppa. Most importantly though, I derive enjoyment not just from the finished product — I love the process. I even fight with Raghunath over who gets to brew sometimes! When you enjoy the process of doing something without distractions, it instantly brings you into the present moment and is meditative.

Feeling the beans, grinding them, smelling the freshly ground coffee, listening to the hot water boil and the familiar, therapeutic sound of it being poured onto the coffee, watching the bubbles form during bloom and the water drip through the bed, and finally… tasting your perfect cup of coffee. Engaging all five senses means focus, resistance to distractions, an instant slowing down of time and truly being in what psychology refers to as a flow state. No longer did I need to try (and subsequently fail) to set aside 30 minutes a day to sit cross-legged, shut my eyes and meditate — meditation was incorporated into my coffee brewing.

There are days when I have already hit my coffee drinking quota and still jump at the opportunity to brew a cup of coffee for someone else, just to get 15-20 minutes of fully being in the present. What’s even better is it’s not an isolating process. On the contrary, it’s one of the most inclusive activities I’ve engaged in. The two of us routinely experiment with different recipes and then connect on shared experiences, monitor ‘streaks’ to introduce a bit of healthy competition into who got “the perfect brew”. These are rituals that have been expanded beyond just ourselves. We’ve found something new and fun to engage on with our friends, parents and even grandparents. A foundation for real connection and dialogue.

We’re working on putting up a detailed video of our favourite recipe shortly. We strongly believe in the ability of coffee as a medium to create meaningful connections with people, and build communities where people feel like they truly belong. Our personal and company ethos has been to approach things with openness and curiosity, so we would love to hear any fun and inventive coffee brewing rituals you already practice or come up with!