From Shoreditch To… Surely This Is Crazy?!

A career transition in real time. 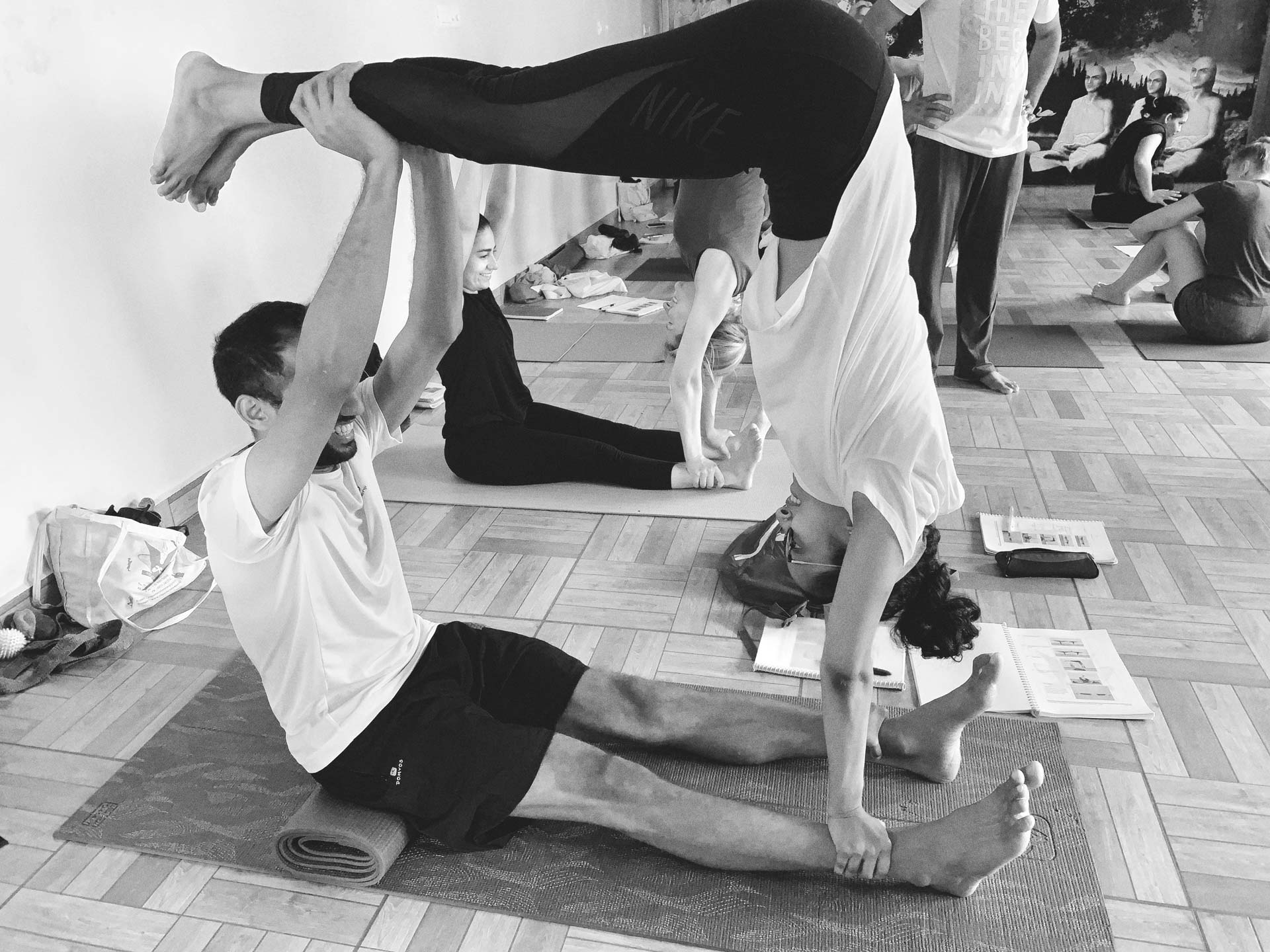 Our worlds have been turned upside down... literally (Rags and I during an acro-yoga session).

So here’s the compressed timeline (of sorts) as a refresher:

January to May — angst about my ‘purpose’;
May — honeymoon that slowed time, connected us to nature and gave us real joy and perspective;
June to August — trying on different options for size, aka meeting everyone in my network, doing weekend workshops, extracurricular activities that interested me, sneaking in career self-help books at work with an incognito tab opened to ‘Kindle Cloud Reader’…

Mid-August — Leap of faith. Something is burning inside me and trying to figure it out ‘on the side’ isn’t working, so I’m taking the plunge. I’m quitting my job and I’m going to back myself for once, to figure it out. Rags and I had always talked about working together and so we decided that during this next phase of uncertainty, we were going to tackle it together. No hedges with one of us maintaining a job. We were going to go all in. This journey was going to be nothing less than life changing so it would have to be life changing for the both of us.

I have a tendency to approach most things in my life with a level of intensity and an ‘act now, think later’ attitude that I can’t seem to stay away from no matter how hard I try.

I have been struggling with bouts of sciatica on and off since February this year. It was initially misdiagnosed as a coccyx (tailbone) injury and so I embarrassingly carried around a doughnut cushion with me EVERYWHERE for 6 months – restaurants, bars, manicures, work meetings, you name it! All the while, prefacing my entry with “no, I’m not pregnant,” and “no I don’t have piles” in an effort to preempt the inevitable questions that followed the double take. 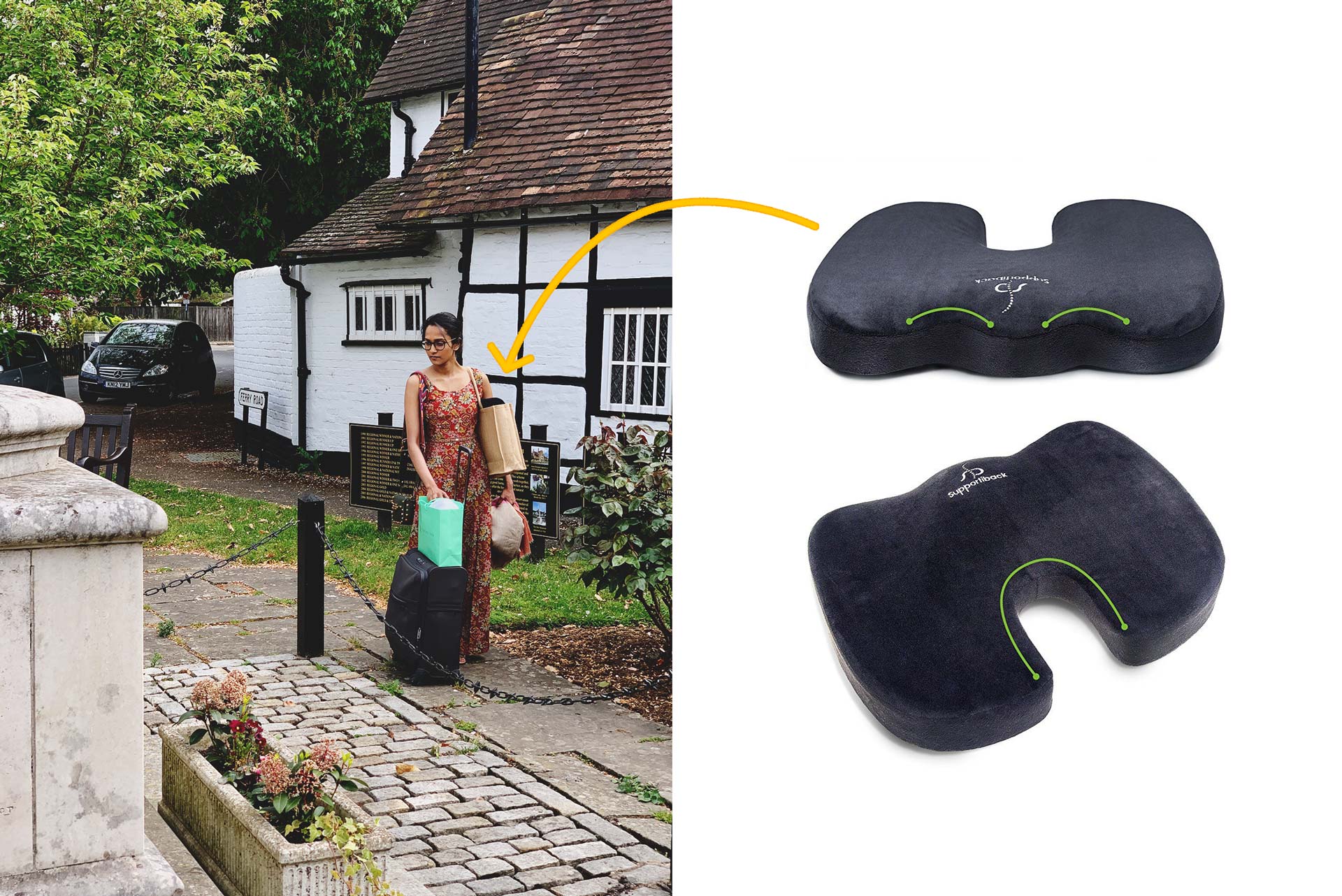 My trustee cushion third wheeling on a romantic weekend getaway to the English countryside.

During those 6 months, I was frustrated as all hell at best and it triggered full-blown health anxiety at worst, so I decided that the first stop on our journey to ‘reset’ was going to have to be health related (mind and body). Enter the thought of wanting to do yoga. I have a tendency to approach most things in my life with a level of intensity and an ‘act now, think later’ attitude that I can’t seem to stay away from no matter how hard I try.

After researching several one-week retreats in Bali, Spain and Thailand, it just didn’t seem drastic enough. I wanted something that was a shock to my system, which is how I stumbled upon the 200 hours TTC (teachers’ training course). I have been doing yoga on and off for the past 6 years, but the latest ‘off’ had been an extended one. It had easily been c. 1.5 years since I did yoga with any level of consistency or seriousness, but somehow reading about intense days of yoga interspersed with philosophy classes and meditation sounded like just the kind of reset I needed. Also, what better way to learn yoga than to learn it with a level of proficiency that was good enough to teach?

One evening, amidst packing box 6 of fragile items meticulously, I interrupted Raghunath and asked if he’d be up for a month of yoga because it was something I really wanted to do. If I had done yoga on and off, his yoga practice was mostly off. Still, always up for a challenge and an adventure he agreed to it, and that was that. I signed us up for the September session. A whole month of yoga!

Our plan was to finish yoga, travel to non-city locations in India and find a place to spend the next few months while working on ourselves and our ideas. We wanted a place with access to the hills, that wasn’t fast paced like any city we have known and a place with access to coffee growing regions of India because that is the space we are passionate about.

We downsized big time. I shed years’ worth of baggage (emotional too!) through the 5 bags of clothes I donated. We sold our larger furniture, packed up our valuables into 7 boxes and shipped them to India to store at our parents’. We left a few more valuables behind in London, scattered across several of our friends’ homes. We will be coming back to get you, Argentinian malbec!

Come the beginning of September, Rags and I got into the car, with a single shared suitcase and a healthy dose of nervous excitement, to drive to Mysore (the heart of ashtanga-vinyasa style of yoga). There were many moments I didn’t think we’d be able to last an entire month, many tears shed from the overwhelming nature of it all, many bouts of uncontrollable laughter at the sharp turn our life had taken in such a short span of time and overall, a strengthening of a bond that only comes with an experience that intense. I will write a separate post on what a month of yoga looks like because it deserves more, but suffice to say, it was one of the best things we did. Apart from a practice that is now an integral part of our everyday lives, it gave us Mysore.

After the month of yoga, we left Mysore with heavy hearts, but told ourselves it was on to bigger and better things. We did trips to Yercaud and Coorg in Southern India, both of which are in the coffee belt and largely ticked all the boxes of the kinds of places we were looking for. But after 3 weeks of travelling, we both knew what was left unsaid – we left our hearts behind in Mysore. So trusting our gut and staying true to the openness we said was key in this journey, we made a trip back to this little town. An oasis of calm not very far from the madness we were so familiar with. Three weeks later, we found a beautiful house that we could both see ourselves calling home and before we knew it, we were renters in Mysore.

When we packed our bags in August from London, we had no idea where that journey would take us. We still don’t. But we do know that this feels right. We’ve made a home and workspace, even if temporarily, in this sleepy but eclectic and very real town. We even took our boxes out of storage from our parents’ houses and unpacked them here. I would have never expected the first place we travelled to, to be the place we wanted to live in, but there you go — sometimes life is about being less nomadic and more rooted.